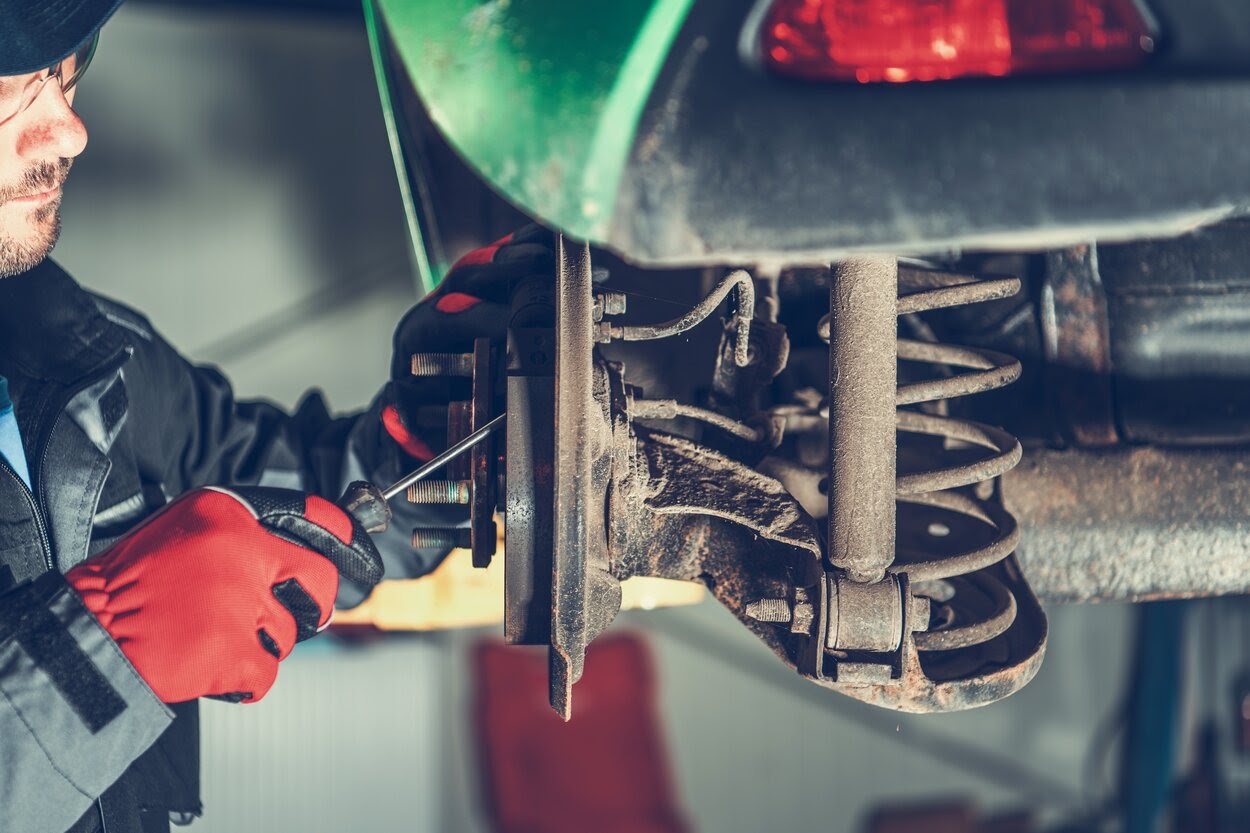 How to check a car for rust

Checking for rust is essential if you’re buying a used car but it’s not always easy to find rust even if it’s creating significant problems beneath the car’s surface. So, how can you make sure your potential car doesn’t have any rust issues? Keep reading to find the answers you’re looking for.

Rust is a reddish or brown layer that forms on the surface of iron and other metals due to oxidation caused by moisture or water.

Rust is technically Hydrated Iron (III) Oxide, commonly known as iron oxide (Fe2O3) since it is formed when iron combines with oxygen and water in an oxidizing process. If a piece of iron is exposed to water and oxygen for an extended period of time, it will rust. It may take days, weeks, months, or even years depending on the intensity of the exposure, but it will rust if it is not protected. Because iron reacts readily with oxygen, rust is fairly frequent.

There are different types of rust. Some are more frequent than others, but they may all be avoided with proper rust prevention and corrosion treatment techniques. Rust comes in a variety of forms, including:

What is a rust proofing treatment?

Which cars suffer from rust issues?

Rust is simply another word for iron oxide. When a metal containing iron (such as steel) is exposed to oxygen and moisture for an extended length of time, iron oxide develops. Steel is commonly used for automobile bodies because it is robust, durable, and inexpensive. Steel, however, includes iron, making it sensitive to iron oxide.

There are substantial gaps in warranty coverage because all automobiles are subject to rust in some form. While outer metal panels are usually covered as long as you have your vehicle inspected on a regular basis, there are many sections of your vehicle that aren’t. Corrosion can occur in internal components such as fuel and brake fluid lines over time. You might not even be aware that it’s happening.

In general, newer automobiles are less prone to rust than their older counterparts. The paint job used on modern automobiles, as well as the usage of galvanized steel, provide some protection. Galvanized steel can endure up to 70 years without corroding under the appropriate conditions.

Should I worry about rust under my car?

When people think of rust on a car, they usually examine the outside first, without thinking about what’s going on underneath. Road salt and other pollutants frequently cause corrosion in our vehicles.

This means that unclean or salty water trapped somewhere in the body of your car accelerates the rusting process. Cars in northern Canadian regions, where salt is utilized on roads in the winter, are more susceptible to rusting.

It is recommended that your car be inspected once a year to check for corrosion and repair areas that have become exposed due to road debris damaging the underbody coating layer. If you fail to repair the rust then your car’s structure could become permanently damaged.

Best time to rustproof your car

Tips to check for rust on your car

Wear and tear can erode protective coatings and expose metal to moisture over time. Rust can appear anywhere on a car’s body. In fact, surface rust is frequently the tip of the iceberg, as oxidation can start inside a panel or part and spread outward. Any exterior paint-bubbling is the most critical item to keep an eye out for. This is a common early indication of rust.

There are a few spots on your car’s bodywork that you should pay special attention to. Examine the following components beneath your vehicle:

Cold-rolled steel, stainless steel, or aluminium are the most common materials for exhaust tubing. Steel that has been cold-rolled can corrode in a surprising amount of time. Although stainless steel is less prone to rust, it can still happen. Aluminum exhausts are corrosion-resistant and will outlast both the vehicle and the driver.

Look for corrosion where the tubing bends, joins other sections of pipe or mufflers and catalytic converters, or in the mufflers and converters themselves. Although replacing an exhaust is costly, a rusted exhaust in a used automobile may not be a deal breaker. It’s just a sign that the car hasn’t been taken care of as well as it should have. Nonetheless, you should have it checked as carbon monoxide can seep into the passenger compartment, causing headaches at best and death at worst.

Control arms, sway bars, shocks, and struts are just a few of the metal pieces that make up a suspension. We’ll go over these topics in order of importance, from least to most important:

If you find rust in any of these spots during your initial inspection, it’s worth having a rust professional look over the rest of the vehicle to look for hidden corrosion. It’s always a good idea to have a pre-purchase examination done. Having a certified shop spend a few hours probing around the car for roughly $200 can save you tens of thousands of dollars in the long run.

Check the Doors and Rocker Panels

Rust in the doors usually begins when the drain holes in the bottoms of the doors aren’t cleaned out on a regular basis. Dirt and leaves collect in the door cavity, causing rust to eat away at the sheet metal. Rust in the doors is unsightly, and it likely suggests that there is rust elsewhere, but doors are reasonably straightforward to repair and replacement doors are relatively easy to get, so it may not be a deal breaker.

Situated at the bottom of the door are rocker panels. The presence of rust in the rocker panel area should be a deal breaker. Indeed, the rocker panel region is crucial to the automobile’s structure. Cutting off a rocker panel in a body-on-frame car necessitates a lot of effort, including supporting the door opening to prevent the entire body from collapsing. The rocker area of a unibody car is a strained element of the car’s whole space frame.

Scratches and bare metal on your car’s paintwork are reasonably easy to spot, especially for those of you who value your vehicle’s appearance. Knowing what’s going on beneath the surface, on the other hand, takes a little more effort. Check for rust on the undercarriage of your car on a regular basis, especially during the winter months, to ensure there are no issues. Keep an eye out for any spots covered in red dust, any bubbling, and any small rust holes.

How much does an anti-rust treatment cost?

How do you remove rust on your car?

Antirouille Champlain offers a rustproofing and undercoating treatment for your vehicle to protect it from rust. Our oil and paraffin treatment is without a doubt one of the most popular on the market. This burr-free treatment, which has been tried and developed since 1972, is guaranteed to help your vehicle avoid rust damage.

You will enjoy the following benefits if you request our services:

Feel free to contact us to learn more about how we can safeguard your vehicle. Click here to get a quote right now!